It’s been 18 months since I last saw Wolf Alice live (july 2016), and this time Lille Vega is sold out. Which makes sense, because Wolf Alice is a top-class act.

Since 2016 they have released a new album, Visions of a Life, which is heavily featured at the setlist, but without forgetting about the great songs from the debut-album “My Love is Cool”.

The setlist has a wide range, from atmospheric songs like “St Purple & Green” to the raging riffs in “Yuk Foo” and “Moaning Lisa Smile”. 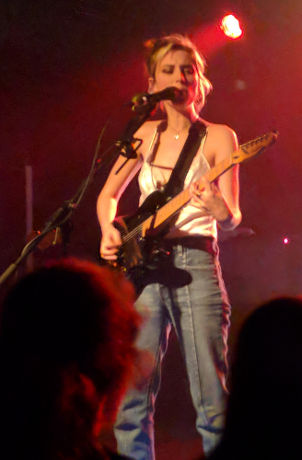 Ellie alternates between singing and roaring, using two mics showing off the dynamic range of her voice.

Wolf Alice is a energetic band, which they proved from the beginning of the setlist with Heavenward and  Yuk Foo with bassist Theo Ellis heavily gesturing to the crowd. They lost a bit of the energy in the middle of the setlist where Ellie Rowsell seemed a bit distanced to the crowd and the music, but their snarling energy returned a little later  with renewed power.

Wolf Alice is a great live band and despite seeming a bit distanced (or maybe tired) for a few songs in the middle of the concert, the band is entertaining and gave a rousing performance tonight.

Figured out I’m good
Turn me down like I knew I should
Punch drunk, dumb struck, pot luck happy happy

Don’t chicken out, it’s all good
You’re allowed to be what you could

Blush is my all-time Wolf Alice favourite song and they played a beautiful rendition of it as the first song of the encore. It’s low-key which is a great contrast to the energic songs ending the ordinary setlist. 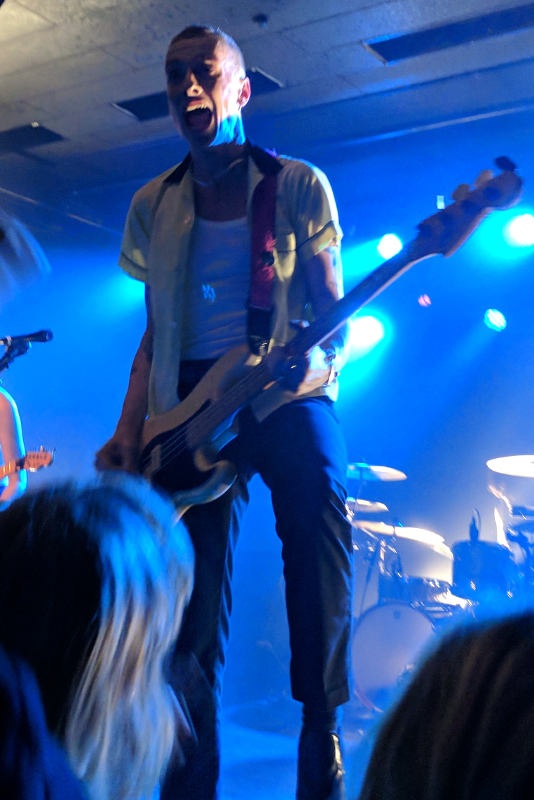 Support was the swedish duo WY. The short seven song performance proved their songs to be good, although the live versions had muddled bass and some of them were a bit too sample heavy to my taste.

WY would also profit from a bit more stage presence although that improved a lot in their last song.